Now Available! My Debut...Royal Watercolors in A Dance of Manners

View my page on World of Royalty Network

Thanks for stopping by to look at Writer of Queens!

I started this site for 2 reasons:

1.) I love to write and my work is now becoming published---and so for obvious reasons it would be a good idea to have a place of my own on the web...

2.) I love royalty, Queen Victoria--all queens, infact---their lives and loves, where they lived and how they lived...the legacies they left, their children. I love to dig deep and find the unknown tidbits of their lives and I love bringing them to life...in my own mind, and also now, to yours.

If there is anything you'd like to see, please let me know. I spend a lot of time researching and building up my royal library with old biographies, new biographies, picture books and memoirs.

Take a look at the links if you'd like to find out more about writing...or about royalty! And please see my "sister" blog called QUEEN VICTORIA REVEALED.

Please click below for my "QUEEN VICTORIA REVEALED" Blog

Susan Flanders, Writer of Queens
Royal historian and author of historical fiction and non-fiction... "Bringing past generations back to life," SO WE CAN "Learn lessons from long ago."

View my complete profile
Future Royal Suprises to come soon, to be listed below...

Her Majesty, Queen Rania of Jordan

The palatial gardens at Versailles

Queen Maud of Norway, daughter of Queen Alexandra of Britian

Vicky, Princess Frederick of Prussia, Mother of 'Willy the Kaiser'

Victoria's favorite home, Osborne House on the Isle of Wight

The Grand Path to Trianon

Princess Toria of Britian, her mother Queen Alexandra of Britian and Alexandra's sister, the Dowager Tsarina of Russia, "Minnie"

A State Ballroom at Buckingham Palace

Looking out at Versailles

Many royal families in one room!

The Duchess of Windsor...Almost a Queen

The Schonbrunn Palace in Vienna, at night

The Last Tsarina and her family...

Josephine, wife of Napoleon, and her children

Queen Beatrix of the Netherlands

Queen Charlotte, with her many children

Queen Eugenie and her Ladies in Waiting...

The Jordan Staircase in The Winter Palace, Russia

Coat of Arms of the Kaiserin Elisabeth of Austria

The Winter Queen, Elizabeth of Bohemia

Not Queen, but Mistress 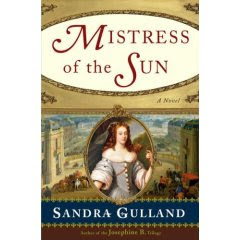 I adore royal mistresses -- so much so that I wrote ROYAL AFFAIRS: A Lusty Romp Through the Extramarital Adventures That Rocked the British Monarchy. The book was just released from NAL Trade on June 3, and covers 900 years of between the sheets stories and sex scandals between royals and their mistresses and lovers. My nonfiction debut is indeed a "lusty romp" -- highly readable prose that is fun and juicy as well as being meticulously researched. The book's scope covers England and Scotland and each relationship is profiled in its own chapter. If you read the book start to finish, rather than chapter-hopping, you'll get a real overview of how British history and the monarchy itself changed over the centuries, morphing from an absolute monarchy to a constitutional one -- as seen through the lens of famous royal sex scandals.

Very Useful Information I found on Internet. I think the content you cover through the post is quite interesting, good work and great efforts. I found it
very enjoyable and enjoyed reading it all... keep up, beautiful work..
This paragraph gives clear idea for the new viewers for Real Estate Property Portals, Thanks you."
You’re doing a great job Man, Keep it up.
Property In Navi Mumbai
1bhk and 2bhk flats in new panvel near by best schools
2 bhk in panvel
1 bhk in panvel
2 bhk in ghansoli
1 & 2 bhk in kalamboli
flats in dronagiri
1 bhk in dronagiri
2 bhk in dronagiri
shops in dronagiri-Corner